We are excited to announce that White Street Laundry is serving you and the surrounding areas. Did you know that Americans are busier than ever before? It makes sense, with all that we say yes to and sign up for. Most Americans don’t stop running after a 40-hour work week. There are kids to care for, dogs to walk, bake sales to volunteer for, soccer games to watch and chores to do. The list goes on and on, but we’re here to remove one timely item off your list. Laundry. It’s America’s least-liked chore and is known to take up to 10 hours a week to complete. That’s a lot of time that could be spent doing more enjoyable things.

One of the great things about using White Street Laundry is that your laundry will be done just the way you like it, but all you have to do is click a button. Laundry is personal, so when it comes to preferences, we’re all ears. You’ll get to choose which detergents we use, the type of fabric softeners, water temperatures, dryer temperatures, whether we fold, hang, or roll, and whether or not we use fragrance free or eco-friendly options.

We’re so excited to be working with you! Are you ready to save up to 10 hours a week? Well, then sign up today! 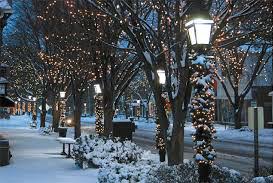 Located in Fairfield County, Ridgefield, CT lies in the foothills of the Berkshire Mountains. The community is 300 years old and has a population of about 25,000 people. Ridgefield was settled by English colonists from Norwalk and Milford in the early 1700s. The land on which Ridgefield was settled was purchased from Chief Catoonah of the Ramapo Tribe.

In 1709, the town was incorporated by a royal charter from the Connecticut General Assembly. The Battle of Ridgefield occured on April 27th, 1777. Consequently, the battle was a tactical victory for the British, yet a strategic one for the Colonials as the British would never again conduct inland operations in the state. As of present day, the dead from both sides are buried together in a small cemetery on Main Street next to the Casagmo condominiums. Closeby stands the Keeler Tavern, a local inn and museum, featuring a British cannonball that is still lodged in the side of the building. Visitors and inhabitants of Ridgefield alike will enjoy many other landmarks from the Revolutionary War, many along Main Street.